Look around, let’s open our eyes.
We’ll see a world full of differences.
Of long ones. And built to measure.
Thin at waist. And rich in spirits.
Foreseeing. And temperate.
Generous. And chary of words.
Meek. And faithful to the heart.
Yet, however different we are. And incomparable,
there is something that brings us all together.
Something that gives a good flavor, and a good scent to our lives.
It brings us all together – the flavor and the scent. Grand Kafa.

What started as an emotional text introduction from one of the DraftFCB Afirma’s presentations to the client (written by agency’s CD Bozidar Cvetkovic) turned into a concept of a TV commercial. I was asked to come up with an idea for a scene for each individual sentence, actually to convert words into pictures. Some of them were obvious, like “thin at waist” for example, but some required a little different approach, like “foreseeing” or “temperate”. However, the resulting storyboard (below) with an animatics was so convincing that client initially thought that the commercial was already produced, they were just wondering why the smoke from coffee didn’t wave. As somebody who initially visualized the whole video, I was asked to direct the commercial and supervise the process, including editing and post-production. Vladan Pavic was in charge as a Director of photography, and his elaborate approach greatly complemented the result. After 500 coffee cups that went through the selection process, 22 hours of continuous shooting in the studio and tens of liters of coffee prepared, we ended up with a commercial that we are very happy to present! 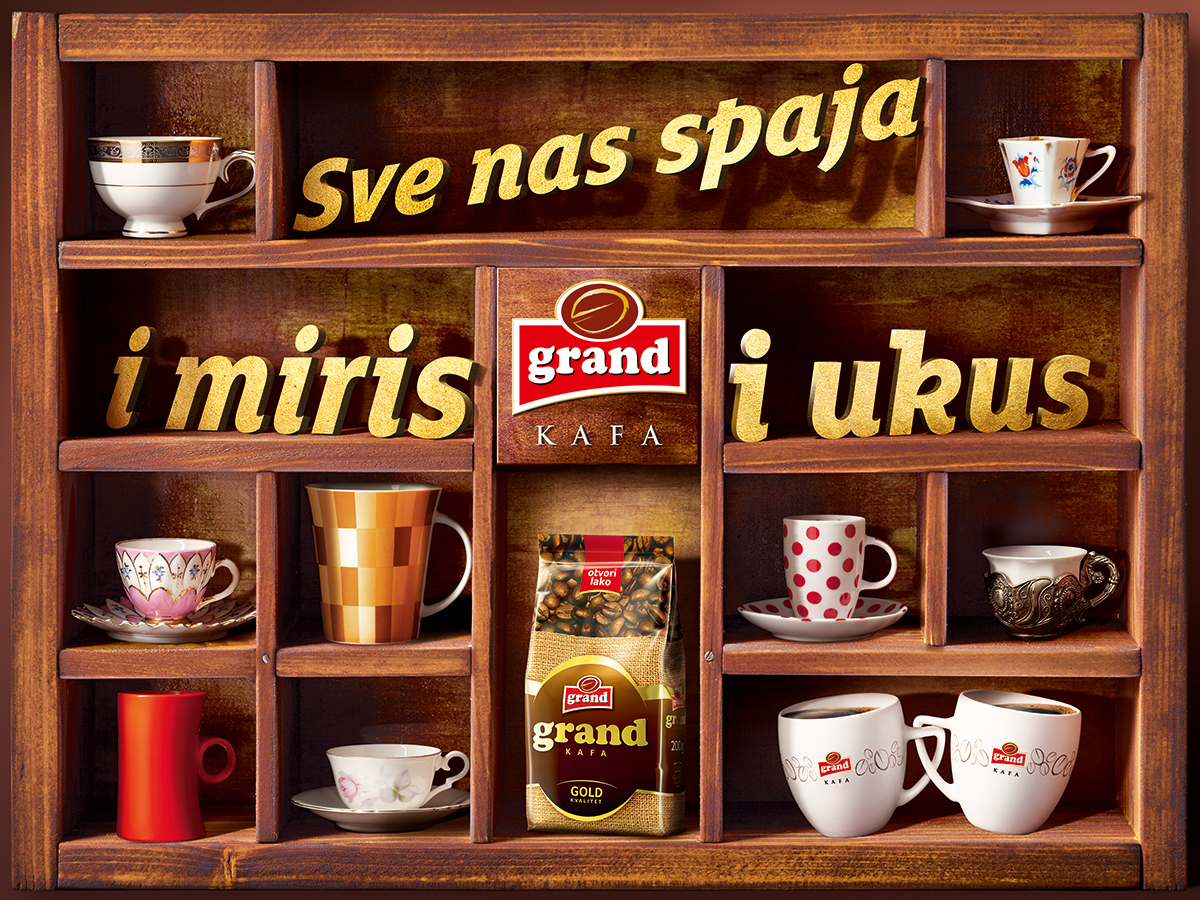